By joining I agree to receive emails from Plusacademics.

Not a member yet? Join now

Your purchase have been successfully completed

Looking for a freelancer;designers, writers…

Coca-Cola Company OverviewCoca-cola is the second largest beverage company after Nestle. Coca Cola net worth is 192.76 billion as of 4th July 2020. ... 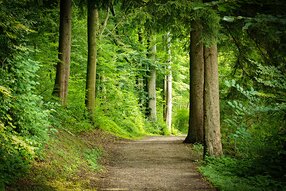 Coca-cola is the second largest beverage company after Nestle. Coca Cola net worth is 192.76 billion as of 4th July 2020.  The company markets itself as the maker of non-alcohol beverages makers. Over the years, the company has been producing recipes for its iconic Coca-cola products and selling it over the world to its franchise bottlers. The management strategies have successfully maintained and increased Coca Cola market share across the world.

Coca-Cola has its fair share of challenges, strengths, opportunities, and threats (SWOT). Coca Cola is a respected brand, and learning about how they balance their challenges and advantages can be invaluable information for many businesses to learn and grow.

Are you looking forward to learning about swot analysis in business, especially for Coca Cola company? You must be in the right place. Stick around as we break down the Coca Cola company to give you a detailed insight into their strengths, weaknesses, opportunities, and threats.

To succeed in their operation, the Coca Cola does not work alone. Instead, it has a network of franchised bottlers, and distributors who work based on Coca Cola set standards to provide top quality beverages dear to many people.  The top Coca Cola brands include Coca Cola, diet coke, sprite, and Fanta.

Coca Cola has a strong brand, financial structure, management, and trustworthy strategies. These are its key competitive advantages. Although Coca Cola's stock price is not the highest in the market, it is one of the most stable. To learn more about Coca Cola company, kindly check the Coca Cola company profile.

According to the 2019-2020 financial year data, Coca Cola had the third-largest sales volume ($31.7 billion) compared to peers.  Pepsi had the largest sales volume in the 2019-2020 financial year worth $65 billion, while Anheuser-Busch InBev was second with $54.6 billion. Coca Cola market and sell over 500 brands across the world. The company has over 800 drinks varieties in the USA alone.

The major competitor of Coca Cola has always been Pepsi corporation over the years. Coca Cola is a large company with operations in all major continents except Antarctica. The ability to provide refreshing beverages has made market share for Coca Cola to grow to a level that it is among the top sellers of beverages in the world. It is estimated that due to Coca Cola brand recognition, about 1.9 billion of Coca Cola company products are served per day.

The extensive Coca Cola market share in 2020 has only been made possible by its bargaining power and economies of scale.

Economies of scale: Coca Cola is a large company with extensive revenue collections. The fact that Coca Cola products are dear to many people means that they do not have trouble making meaningful sales, and that's why their financial structure is appealing to the eyes.

Additionally, they can easily get raw material at the lowest cost possible. They can also be able to convince their distributors to work in a certain way that guarantees a better return for the company.

For example, in 2020, Coca Cola convinced their bottlers in Tanzania to face out glass bottles for plastic ones to reduce costs. Thanks to the high net income, they can afford marketing campaigns worth millions with a great impact on customers' minds with regards to their products.

Coca Cola has over 500 products, with more than 20 of them bringing in more than 1 billion revenue per year.  Coca Cola products are categorized into major divisions that reflect their business operations. These categories and their contribution to Coca Cola revenue are listed below.

4% - Energy drinks and other

The advantage of having an extensive product portfolio is that it brings about hedging benefits. For example, when there is a brand that is not doing good, there will be another one doing better. In such instances, the losses from one product are offset by the profit from other products. The closest competitor to Coca Cola is Pepsi. Pepsi has over 23 brands that generate more than 1 billion dollar revenue per year. However, the major difference between Coke and Pepsi is that the major contributor to Pepsi revenue is food processing brands, not beverages.

Nearly anyone across the world has heard of or has used Coca Cola products. Even in the most remote part of Africa, there are Coca Cola products. The brand identity of Coca Cola has been developed over a long period of time. Besides, their good business model, such as using franchises, has greatly influenced their position in people's minds.

There are many people that would not take products other than Coca Cola. Loyalty is nurtured. However, quality and unique blend is a major element in establishing customer loyalty. Creating loyalty requires a company to identify itself with customers' emotions. Coca Cola has been very good at this with their marketing strategy.

Coca Cola has been strengthening its relationships with suppliers and distributors across the world. Currently, the Coca Cola company is utilizing both backward integration and forward integration. Some of the companies acquired by Coca Cola include

Besides backward integration, the company is using franchises to solidify its grip in the beverage market across the world. Currently, it has over 260 bottlers companies. 59 of these bottlers are in the sub-Saharan region. Since Coca Cola has a strong relationship with its suppliers and distributors, it means that it can easily control the cost of raw material and the final price of their products. The ability to control its supply chain means that necessary information about the market can be passed up in the supply chain easily, thus giving the company advantages that come with transparency and visibility.

Coca Cola is the largest beverage company in the world; however, it does not earn as much revenue as its closest competitor Pepsi. The reason being the portfolio. Pepsi portfolio contains a wide range of products, and the one that pays Pepsi the most is not even beverage products but processed food. If Coca Cola wants to improve its competitiveness, they must diversify their products further so that they reduce industrial specific systematic risks.

Coca Cola is a well-respected brand in Africa. Therefore, Coca Cola companies may have a very easy time introducing new brands to the market. For example, if they want to introduce processed food, they may not struggle convincing people to try it out since they have an established name in the market.

China no longer takes plastic waste as before. Currently, plastic waste ends up in poor Asia countries such as Malaysia and Indonesia. Coca Cola contributes the majority of the plastic waste since nearly all Coca Cola products use plastic for packaging. Although waste is a problem it has value and with good reverse logistic, Coca Cola can recycle its waste and reduce the cost of packaging drastically.

There are emerging companies, especially in emerging markets that are doing very well. For example, in Tanzania, an emerging company called Azam is doing well and posing a great threat to pioneer brands such as Coca Cola and Pepsi. Besides, the closest Coca Cola competitor, Pepsi, is doing very well compared to Coca Cola. Pepsi in 2019-2020 financial year revenue doubled that of Coca Cola company. Excessive competition is very dangerous to Coca Cola business strategy, and that is the same reason why they have always failed to meet their waste management goal. Proper waste management is expensive, and those expenses are likely to be passed down to the consumers who have alternatives. Coca Cola may not do the right thing since there is a fear of market loss.

According to FutureNow, global water demand is expected to grow by 55% by 2050. Additionally, FutureNow study shows that the world freshwater aquifers are also being depleted due to extensive agriculture to feed ever-growing populations. According to PumpingSolutions Coca Cola uses 1.9 liters of water to make 500 ml coke. Evidently, Coca Cola products are extensively water-intensive.  With global freshwater ceding Coca Cola production is threatened since scarcity makes water expensive. Besides, scarcity in water is a breeding ground for conflict.

Most countries and regions are rethinking about pollution, and new regulations are expected to be put in place to force companies to manage their waste. Without proper planning, these regulations may come in effect as a surprise and may cost companies such as Coca Cola heavily when they fail to comply or rush to comply.

The world leaders seem to be heavily concerned with short term profit rather than long term advantage. This was evident in the way the coronavirus was handled when it first emerged. The result of the mismanagement of COVID19 response was the complete shutdown of economies. If people are not moving and having a good time, nearly all industries suffer. In America alone, more than 36 million people have applied for unemployment benefits meaning that they cannot afford to enjoy themselves with little they get from the government. Apparently, many people are only concerned about necessities. If coronavirus is not controlled on time, Coca Cola and its peers are likely to miss their revenue targets by a big margin. New diseases have been emerging nearly every decade, and if they keep on reappearing the same way as Covid19 has, some businesses under Coca Cola may fail completely.

What is a business strategy? Overview, examples and importance

Proven compxm answers 2022 with best tips to get you the highest points. It includes Compxm TQM, finance, production, marketing, research and development.

This article provides COMPXM answers 2021 template. It offers answers for round 1 and guide make decisions for remaining comp XM rounds. This comp-xm guide provide R and D, marketing, human resource, TQM, production and finance answers. This compxm template also shows how a balanced scorecard can be used to validate answers and increase points

How to Win Capsim Competition 2022

winning capsim is only possible if you can avoid emergency loans, use right strategies and understand competitors